Cynthia Morgan, a dancehall musician, posted on her Instagram story several prophesies she said she received from God regarding Wizkid, Funke Akindele, Jandor, and Popcaan.

Cynthia Morgan advised Funke Akindele to pray against bankruptcy in the article with the heading “November Prophecies.”

She also advised Abdul-Azeez Olajide Adediran, a.k.a. Jandor, a candidate for governor on the Peoples Democratic Party, to choose a side before the election or resign. She urged Wizkid to pray for his mental health.

Popcaan, a Jamaican singer, should pray to avoid unexpected death, according to Cynthia Morgan.

The dancehall singer claimed the message should reach the people she has been holding back since November 1 even if she doesn’t personally know any of the people at the core of her prophecy. 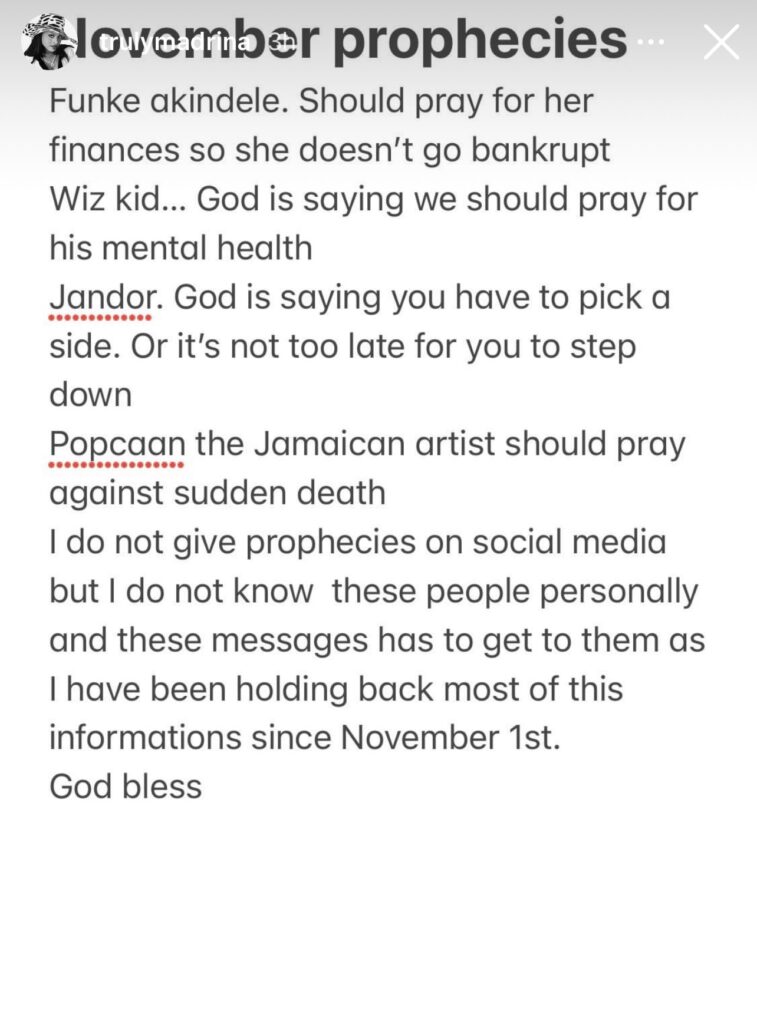