At the Stadio Maradona, Napoli pushed Liverpool aside with a frenzied first-half effort, and they rightfully led by three goals at the break.

The fourth goal was almost immediately added by Poland midfielder Zielinski to give Napoli the perfect start to Group A.

After a two-season hiatus, Luciano Spalletti’s club has returned to Europe’s elite tournament and is currently in second place, level with Ajax, who defeated Rangers in similar fashion. Napoli improved on a solid start to their domestic campaign, placing second in Serie A after five games, and will be buoyed by excellent showings from newcomers, especially explosive winger Khvicha Kvaratskhelia.

Georgian Kvaratskhelia, who has already won over Napoli supporters with his dynamic wing play and eye for goal, had a significant impact despite playing for less than an hour.

The Scots, meantime, have kept Liverpool off the bottom, and they are now focusing on trying to move up from seventh position in the Premier League. 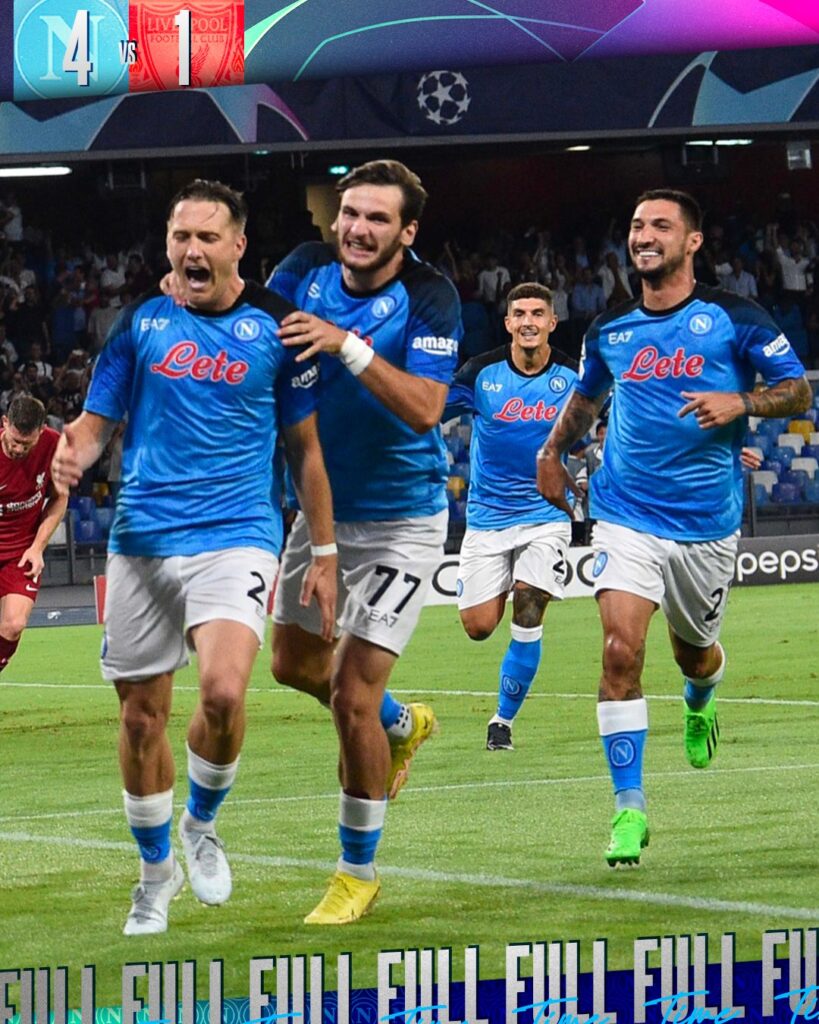